I posted a few photos and a write-up from my shooting of the Leesburg Baker's Dozen mountain bike race over at my TooFatToRace blog. More to come as I weed out the crappy shots and post the 3 or 4 remaining good ones.

A couple more shots of the fox kits from a few weeks back. I specifically held off posting these since they kinda have some location specific features (if you're familiar with the location). Apparently the mother fox has moved the den, so there's no need to try and keep the location on the down-low (like my throngs of readers would flock to the site).

Anyway, enjoy the cute and fuzzies: 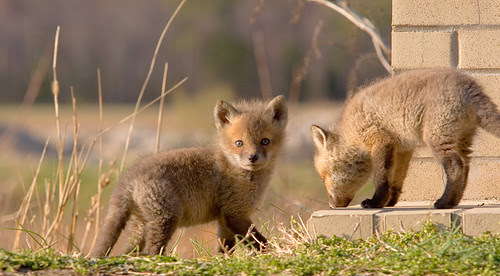 The Bible and 1984? Why am I not the least bit surprised? Welcome to Washington!

I posted a few more shots from my mid-week trip to Blackwater NWR.

This one is definitely best viewed full size 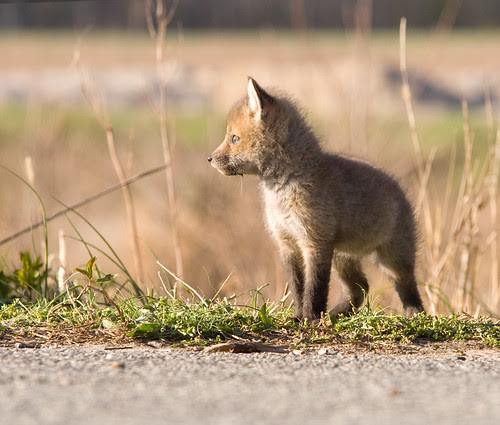 A kit checks out the big, scary world. 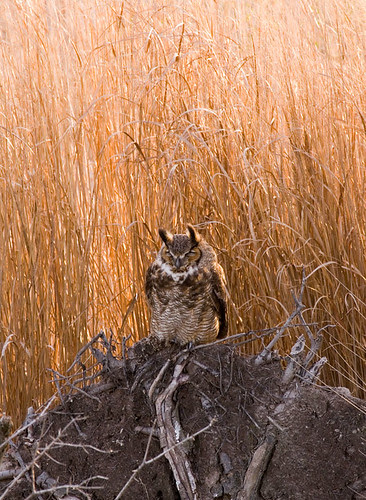 A (bigass) great horned owl slowly waking up at sunset.

Note: The photos I've posted here were JPGs processed in about 3 seconds using The Gimp. I have a hard time getting non-harsh results with The Gimp. As such, I will probably re-process these, from the original RAW files, using PS one day soon. I think there are far better photos to be coaxed out of the originals files than I was able to do here.

After my last pathetic outing at Blackwater NWR, I was about to write that place off for few months. A Flickr post from a contact and a few emails later, and I'm glad I didn't. 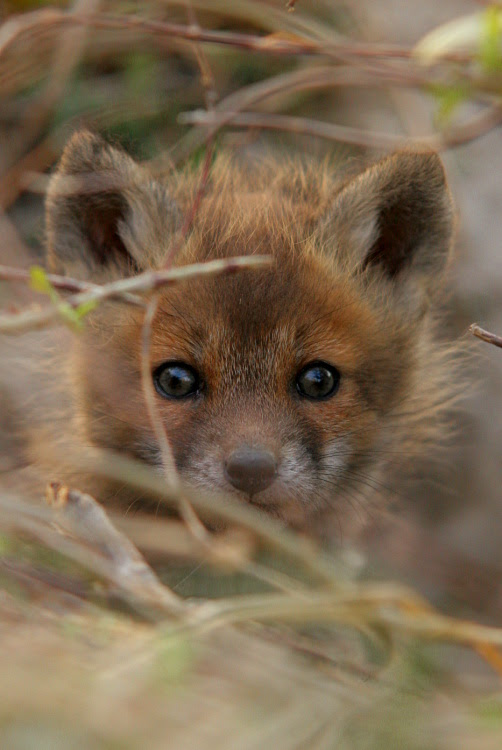 I took the day off yesterday to capitalize on the news that there was a fox den and 5 kits romping around at Blackwater. The day began with my alarm sounding at an unholy 4:30am. I was out the door shortly thereafter. Two hours later, I was watching sunrise at the refuge.

About 7 hours after that (roughly 1pm), the kits made their first appearance. Ugh. Who knew foxes were the "we like to sleep in" type? Of course, I was in town grabbing lunch when they decided to emerge. Luckily I made it back before the first show was over.

I spent most of the day with a Flickr acquaintance who happened to make the trek out there too. We would sit by the den for an hour, then take a drive around the refuge to thaw out. After our brief respites, we'd meet back at the den and continue our vigil. Around 1pm, the first signs of life began to emerge. (Up to that point, we were worried that the den may have been abandoned).

The kits quickly acclimated to their human watchers. They would romp and play and chew sticks (and each other) with little regard for us, unless we made too sudden a movement, which would send them haul-assin' back into the den. After a minute, they'd come back out and resume playtime.

They would hang out and play for an hour or so before retreating to the den for nap time. Then they'd be gone for a couple of hours (during which we'd be back to our sitting around/driving-around-the-refuge routine). Around 4pm they made another appearance, after which my Flickr associate decided he'd had a long enough day and packed it in. I decided to stick it out till sunset, hoping for more kit-time. I wasn't disappointed. Towards the end of the day, they seemed to get more adventurous and/or brave. Around 6pm, they would leave their den and come up to the road from which I was shooting. I backed way off and gave them all the room they wanted, and they proceeded to wander farther from the den then they had all day.

I shot them all the way through the fading light of sunset. When they went back into their den around 7:30pm, I decided that was my cue. I packed it in and headed for home. On the way out of the refuge, I managed to grab a couple of snaps of a (great horned?) owl and a heron with a backdrop of the setting sun. I'll post those as I process them. But all in all, a much better trip to the refuge than ever before. 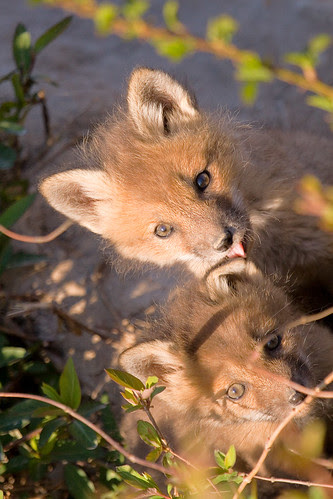 Thanks to my pseudo-anonymous Flicker associate for the insight provided throughout the day, and for tipping me off to the existence of the beasties.