Once again, sadly, the Onion predicts the future: 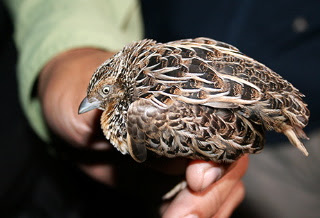 (Image linked from Cryptomundo story, above).

Backing up is hard to do...

I've got a metric crap-ton of images on my home computer. And another metric crap-ton of music files. And far fewer (tho no less important) documents and other little files. All of this is backed up semi-regularly to an external USB hard drive. Thinking that wasn't enough (what about fire? Flood? Theft?), I decided to try one of the internet-based backup solutions.

I'd heard good things about BackBlaze and, after comparing them to a number of other similar companies, decided to try them out. They offered a 15 day free trial, which (for me) is basically a joke. My 250+GB of data would take far longer than that to upload (even via my crappy cable company's crappy cable modem). After the free trial, they cost $5/month for unlimited storage. So on December 10, 2008, I started my backup. 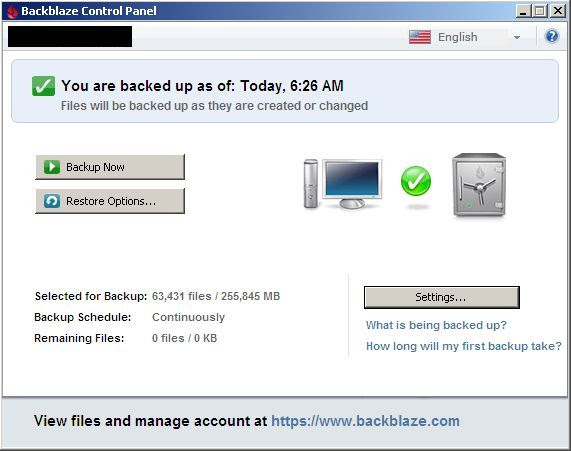 Flash forward to today, February 9, 2009, nearly two months later and the backup finally completed. And at that, the only reason it did so so "quickly" was that I lugged my home PC in to the office and connected it to our 3Mbps (upstream) business-class cable connection, which is more than 10x faster than my home (upstream) connection.

From here on out, the home connection should be able to handle the incremental updates. I figure after an infrequent heavy-shooting weekend, I'll have a couple of gigs to upload at most (after I dump all the junk shots...something at which I'm getting much better). And that should happen relatively quickly.

Surprisingly, my crappy cable company (is that redundant?) didn't scream too loudly when I pushed ~200GB up through their wires. I did get a couple of out-of-the-ordinary robo-calls from them, which I assume was them trying to yell at me. But if you want to yell at me, call me directly and yell at me. Don't call me and leave a message asking me to call you back so you can yell at me. Eff that.
Posted by gmr2048 at 7:12 PM No comments: 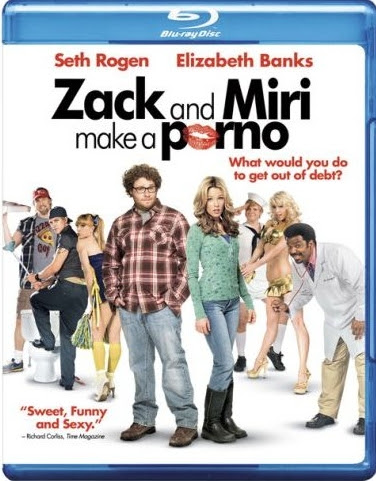 At least according to WalMart, who've decided to keep us safe by protecting us from having to see the letters M A K E A P O R N O on the cover of the newly released DVD. 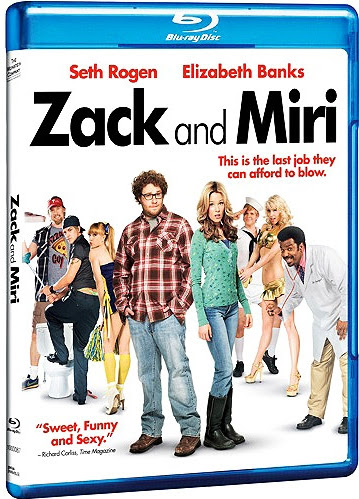 I have to wonder what they think is going to happen when all those good "M A K E A P O R N O"-fearing folks get home, unwrap their new DVDs and pop them into the ol' DVD player, only to learn exactly what it is that Zack and Miri are up to. Perhaps rush right back to Wally-world (with that filthy, filthy, dirty DVD well hidden in a brown paper bag) and return that smut-titled movie? Ah, but isn't the standard policy that you can't return a movie (or CD or video game) once it's been opened?

Fear not, tho. If you'd like a copy of Predator (in which a space monster rips out the skull and spine of a guy), or Scarface (which, from what I remember has a rather nasty scene involving a chainsaw), or Reservoir Dogs (remember the ear scene?), or a whole host of other violent, bloody offerings, WalMart is ready to help you out.
Posted by gmr2048 at 8:32 PM No comments: 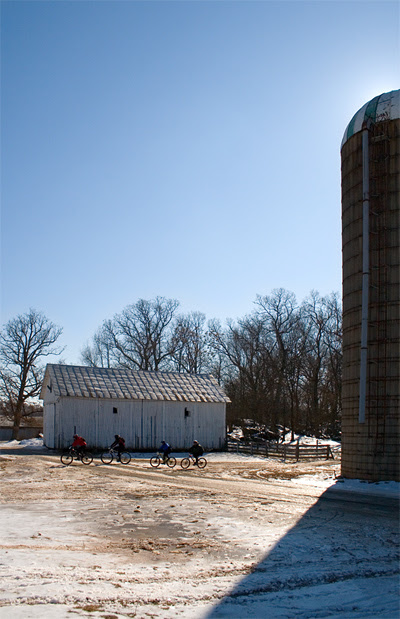 I posted a write-up of my half-assed attempt to shoot the Snotcycle mountain bike race over on my other, even less frequently updated blog. 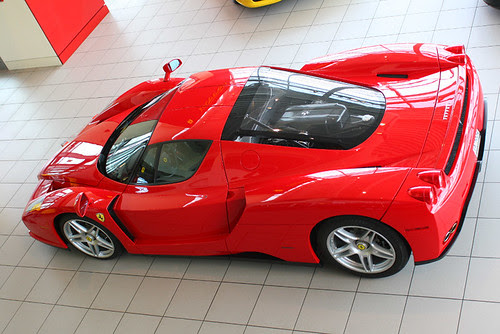 For the last 9 years, I've worked at a publishing company for a guy who also owns the local Ferrari/Maserati/Lamborghini dealership. This inside connection has allowed me the opportunity to get up close and personal with super-cars the likes of which most people only see in Road and Track magazine. It's also allowed me the opportunity to ride around in a few vehicles I'll likely never (ever ever ever) own: a Lamborghini Gallardo, a Ferrari 512TR, a Ferrari 575M, a Ferrari 360 Spyder (around a racetrack, no less). I've also had the chance to oogle (and shoot) a Ferrari Enzo (pictured above) and Porsche Carrera GT up close and personal. Finally, it has given me the chance to be the "official" photographer for a number of dealership-related events.

Sadly, come Monday morning, this connection will be broken. The boss has decided to sell the dealership. From here on out, I'll just be another Joe at the track events, snapping photos from afar (assuming the new owner even keeps the track events going). Sadder still (much more-so for them than for me) is that many of the guys I'd consider friends who worked at the shop have had their positions cut. So they're out job hunting in this crappy economy.