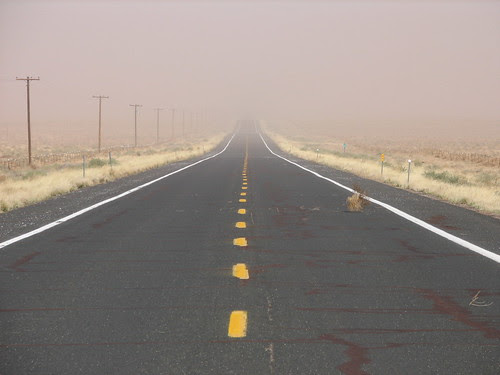 As buddy Spearman was kind enough to point out, stuff around here has gotten somewhat stale of late. Reasons for the staleness range from "How many blog posts about poopy baby diapers can one man make?" to "Twitter <3s my ADD." Who really needs more than 140 characters at a time, anyway?

In general, I haven't really been up to too many long-form-blog-worthy exploits lately. Photography time has been limited by baby time. As has biking time. I did manage to sneak in a couple of MTB rides over the last week. And I performed as poorly as I expected I would. I also decided that I much prefer freewheelin' off-road to fixin', so I converted my SS back to freewheel. The current plan is to build up a fixed/free rear wheel using the spare flip-flop IRO hub I bought a while back and an old 26" rim I have lying around. Only thing missing are correctly sized spokes (the ones I had lying around were too long). Er, and possibly a frame to mount it in...now that I think about it.

A while back I signed up for a Twitter account. And although it has the potential to be a completely annoying service, it's actually pretty entertaining. I can't explain exactly why. I enjoy tossing out 140-character missives every now and then. And I enjoy the one-on-one connection you feel you get with other Twiterererers, famous and non-famous alike. (Example: I thought it was cool that I knew about Lance Armstrong's broken collarbone before any of the news services had a chance to get the story out. Of course, so did Lance's ~350,000 other "followers", but still). In an attempt to breathe some life back to this blog, I used a plug-in to mirror my Twitter posts here (top right side of the screen, in case you missed it). I find I use Twitter as a place to post semi-interesting things I find online. Links and such. Cool enough to mention, yet not worthy of a full-on blog post here. If you partake of the Twitters, you can follow me here.

Photography: Like I said, I haven't been shooting much. I did a bit of in-home studio stuff, and have a few other ideas. But to be honest, it's not the most exciting shooting. And I've totally gotten bored with my photo-a-day project with the baby. Luckily, the wife has her own camera and takes about 2.5 million photos of the baby daily (plus video!), so if I ever get off my ass, I should be able to cobble together enough photos to keep the project alive (although, I guess now I'll have to bill it as a collaborative project).

If you look in the sidebar (over there ------->) you'll see a link that I put up to the "This Week in Photography" podcast. It's a cool show where a number of guys sit around talking photography. It took a little while for the show to grow on me. But it really did, especially after I checked out a number of other photography podcasts which were were really god-awful. One even resorted to what I imagine 1950-era gonzo-radio styles with heavily affected voices and silly whistles, bells honky-honk clown-nose horns and other ridiculous noises. Anyway, check out TWiP if you feel the urge.

Music: I scored a pair of pre-sale tickets to the Nine Inch Nails/Jane's Addiction (original lineup!) show at Merrywhether this summer. At $86 each (after BS "fees" and all), it is by far the most I've ever paid for concert tickets. Few things apart from a reunited Jane's Addiction would spur me to do that. Now let's just hope that both acts don't plan any songs recorded after about '92.

Tech: Been drooling over the announced-yet-still-vaporware Palm Pre smartphone lately. As often as I find myself awake in the middle of the night with the baby (less than the wife finds herself in the same situation, I've gotta say), my current smartphone with internet access and lots of .txt articles has proven a lifesaver (and timekiller). I've been sorta considering the iPhone for a couple of years now, but have been locked into a Sprint contract the whole time (with a Palm Centro). Breaking contracts and changing providers just seemed like too much work (and expense). Thus, when the Pre was announced, it caught my attention. Exclusively Sprint (at first), means I won't have to change providers, and probably won't even have to try and wriggle out of a contract; I'll just tack on an extra two years. Bonus is that the device seems to offer some key features the iPhone doesn't (multitasking being one). I just wish it would hit the market already. I don't want to be the first kid on the block to drink the Kool-aid, so it needs to shake out for a while before I plunk down my hard earned loot. If it's not in the wild till June, I'll be stuck using what feels like a clunky Windows 3.1 device for another few months, all the while knowing pretty Vista is out there waiting (wait...that's a bad analogy).