So here's a post I started back in Febuary. It's been slightly updated to reflect the passage of time.

As I think most readers of my blog know, the wife is pregnant. We're gonna have a kid in July about two days (er, roughly). The last time I had a kid, I was not yet 22 years old, earned about $20k/year by working construction, was living at home with mom, had no health/life insurance and was scared shitless. This time, I'm somewhat better off emotionally, financially, benefitially and relationshipally (I think I made those last two up), and therefore just slightly less terrified. So this time, I plan to have some fun.

Since, oddly enough, we didn't any of this stuff at the baby shower, here are some things I'm left to buy for my new kid myself:

Giant effing microbes!. My kid will be the hit of the germ-caked playground. I'm definitely getting him/her the stuffed Ebola virus. (Remind me to tell you about the time I spoke with Dr. Frederick Murphy about Ebola sometime):

And probably a Rabies too, since it's near and dear to my heart (remind me to tell you that story some time, too):

In addition to all the pinks and blues, my kid's got to have some non-traditional gear. First up is this Iron Maiden "Killers" onesie:

Still trying to find micro-sized Operation Ivy, Bad Religion, Ministry or Thrill Kill Kult t-shirts. If you have a lead on some, leave a comment!

At sleepytime, my kid will be rocking out, nappy style. None of the Barney "I love you, you love me" bullshit I had to live through the first time around. This time, it's all about quality songs. My most recent CD purchase have just arrived: Three flavors of "Rockabye Baby: Lullaby Renditions of..." 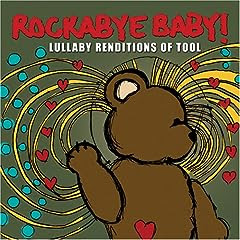 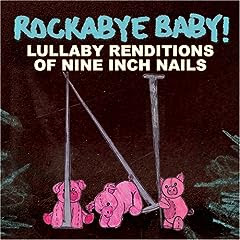 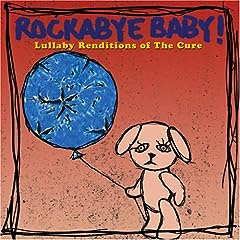 Chill enough to listen to with the baby around, yet grown-up enough not to lead to total psychotic break. The Tool Lullaby disk may be my favorite CD purchase of the last few years. To a kid, it will sound just like any other mellow lullaby type music. To an adult...it's creepy. Really creepy. I'm talking abandoned-run-down-carnival-on-a-gray-winter-day kinda creepy. It's really quite fantastic. Their music really lends itself to creepy-lullabying.

I also picked up the "String Tribute to Tool": 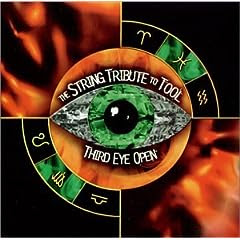 In the pile of bits and bytes that make up my stuff "saved for later purchase" are: