Note: This post contains a bunch of photos that are resized in-browser, so they look like crap. Click on the images to see the slightly less crap versions.

Saturday night I was given the chance to shoot the local Ferrari dealership's anniversary party. (High Road Auto Group in case anybody is in the market. Tell 'em I sent ya. If I refer enough people, maybe I'll earn a free car one day).

As far as photography goes, it was pretty basic stuff. As the guests arrived, the organizers wanted me to ask them if they'd like to have their photos taken in front of an F430 they had on the showroom floor. Many did. 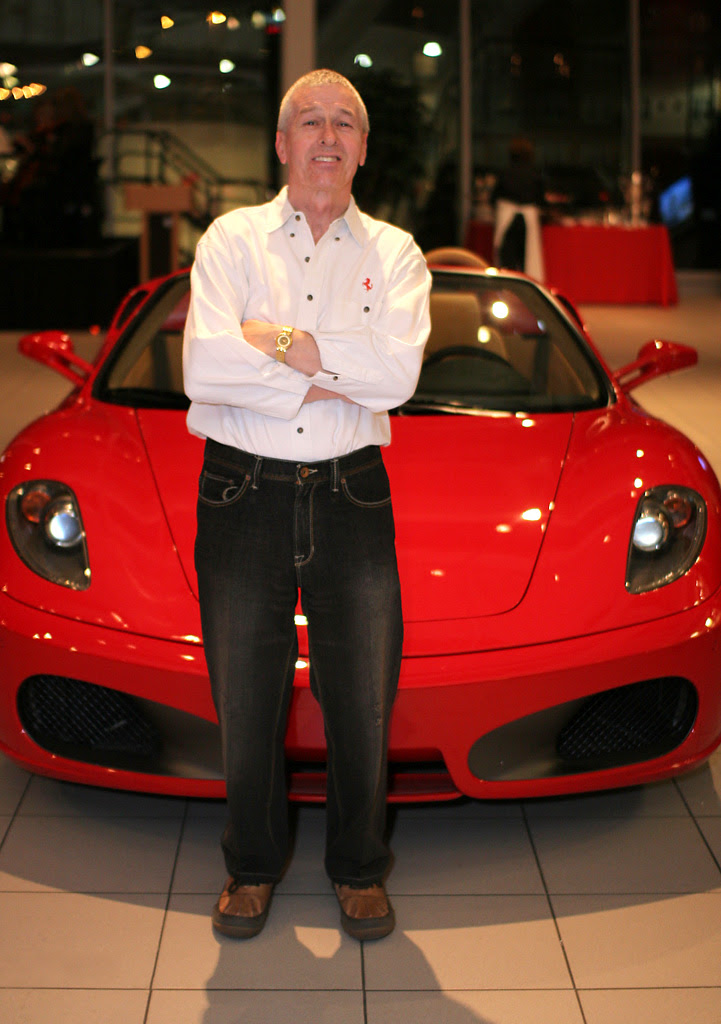 A few asked if I could accompany them out to the parking lot to shoot them in front of their own Ferrari, which I was happy to do until the darkness and rain made it impractical.

I stuck with my Sigma 30mm f/1.4 lens and 500DG flash. Both worked well all night. The lens mis-focused a couple of times, but in the low light, this wasn't surprising. The straight-outta-the-camera photos should be up in a day or two at the dealership's "pics" website.

In between people shootin' I tried to take a couple of snaps of the environment. There was a nice 599 GTB on the showroom floor, but it was a gray car, in a dark environment, and with a ton of people milling about. So I decided to go for the detail engine shot... 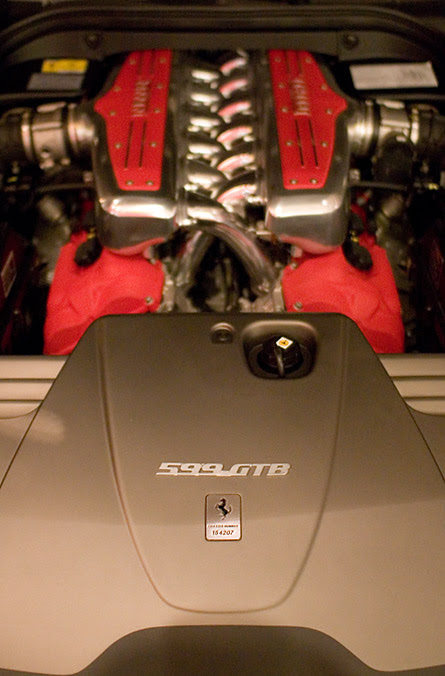 They also had a chair made by the people who do all of Maserati's interior leather work. Pretty comfy, with really cool lines. Probably costs as much as my truck. On second thought...more. 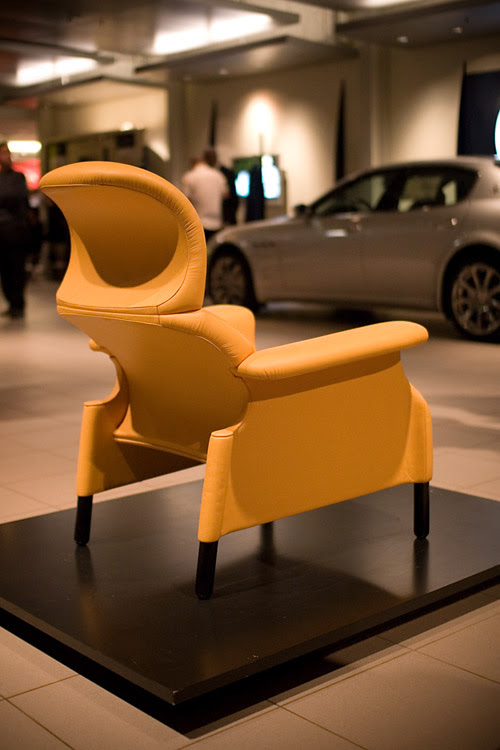 They also had a couple of the new... 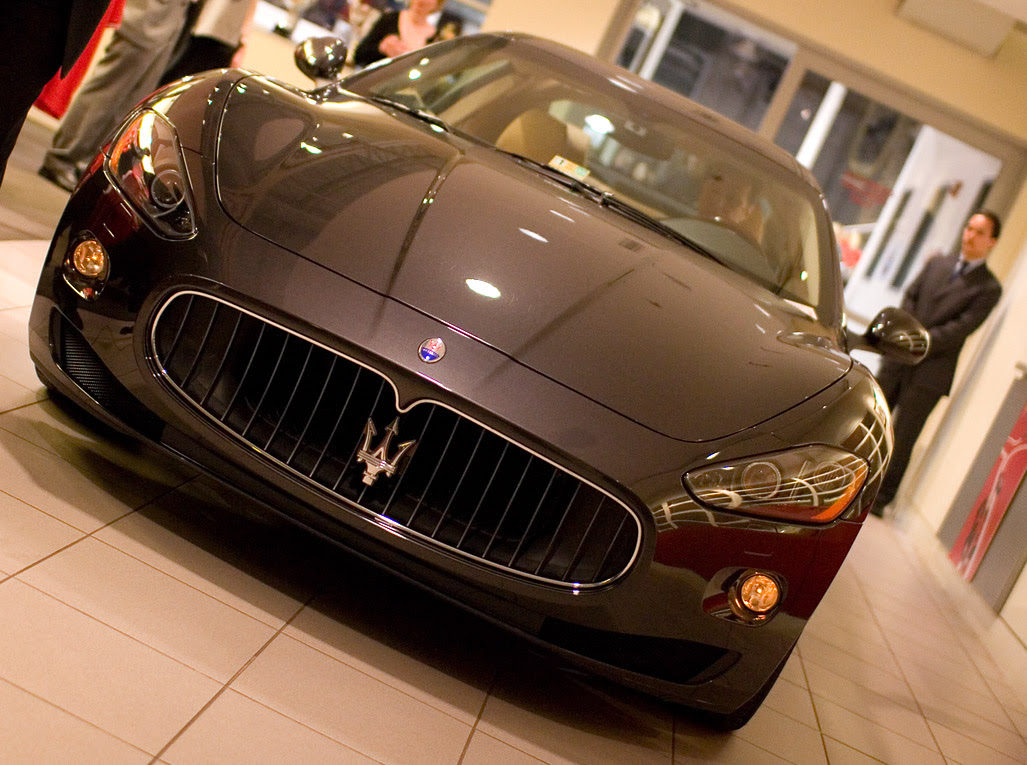 Towards the end of the evening, one of the women from the string quartet that provided the music for the evening asked if I could get a shot of her with the F430. I was happy to oblige 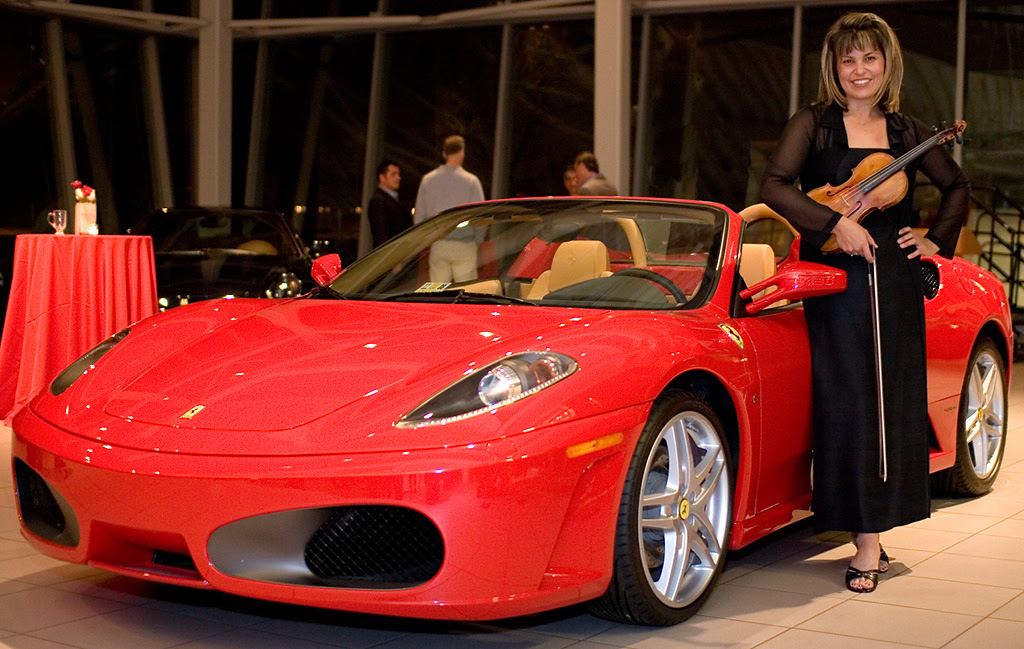 One thing became immediately clear to me at this point...I need more practice arranging/posing people. She asked "So what should I do? How should I stand" and I just kinda did the "Uh...stand over there...um...like you normally stand". A day later, I thought "Dumbass, you should have had her playing her violin, eyes closed, oblivious to the car, and totally absorbed in the music". *That* would have been more interesting (IMO). Oh well. The next time a violinist asks me to take their photo in front of a Ferrari...I have a plan.